After Session 4, we shift the focus from looking at success from a purely academic standpoint and begin to directly address life coaching skills that help develop students’ emotional intelligence. At the foundation of emotional intelligence lies a strong sense of self-awareness. Becoming self-aware involves being able to accurately identify your emotions and the habits you develop through thought and action.

The difference between an assumption and, a perspective, and a limiting belief is explained below:

An assumption is an idea we believe to be true without any evident manifestation. They are usually picked up from other people or deduced from past experience.

A perspective is a bundle of beliefs that act as a lens into reality, interpreting information, prompting assumptions and beliefs, and is the basis for making decisions to take action.

A limiting belief is a thought that has been proven to be true and there’s a lot of existing evidence to support it (like a report card).

How to Best Support Your Child

Take a look at some assumptions you may have made in your life and be aware of how those assumptions led to a particular perspective and actions. By doing this, you too can experience the concept of the session and have a firsthand recent experience to share with your child.

From the Academic Life Coaching Workbook

This chart helps you get unstuck and stop spending energy working against yourself. It works because it gets to the root of the problem: the assumptions you make about yourself, an area of your life, or a task you're trying to accomplish.

Assumptions quickly lead to perspectives, which influence the action taken. Those three, assumptions, perspectives, and action, determine the outcome which becomes evidence to support the original assumption. 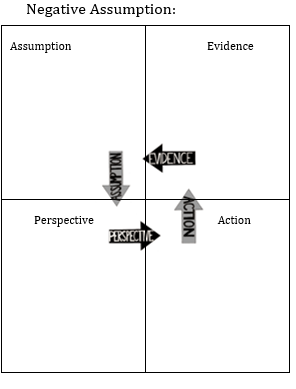 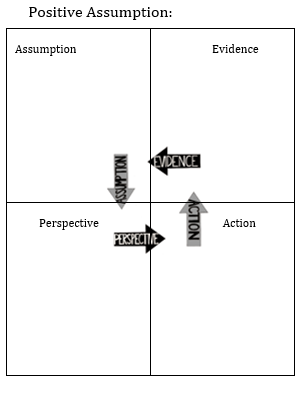 As human beings we want our assumptions to be proven true, even if they go against what we want. The reason: it’s extremely stressful to be inaccurate about beliefs about ourselves and the world. Here’s your chance to align what you want with your underlying assumptions and spend your resources wisely.