When a Life Coaching Conference Rocks the World 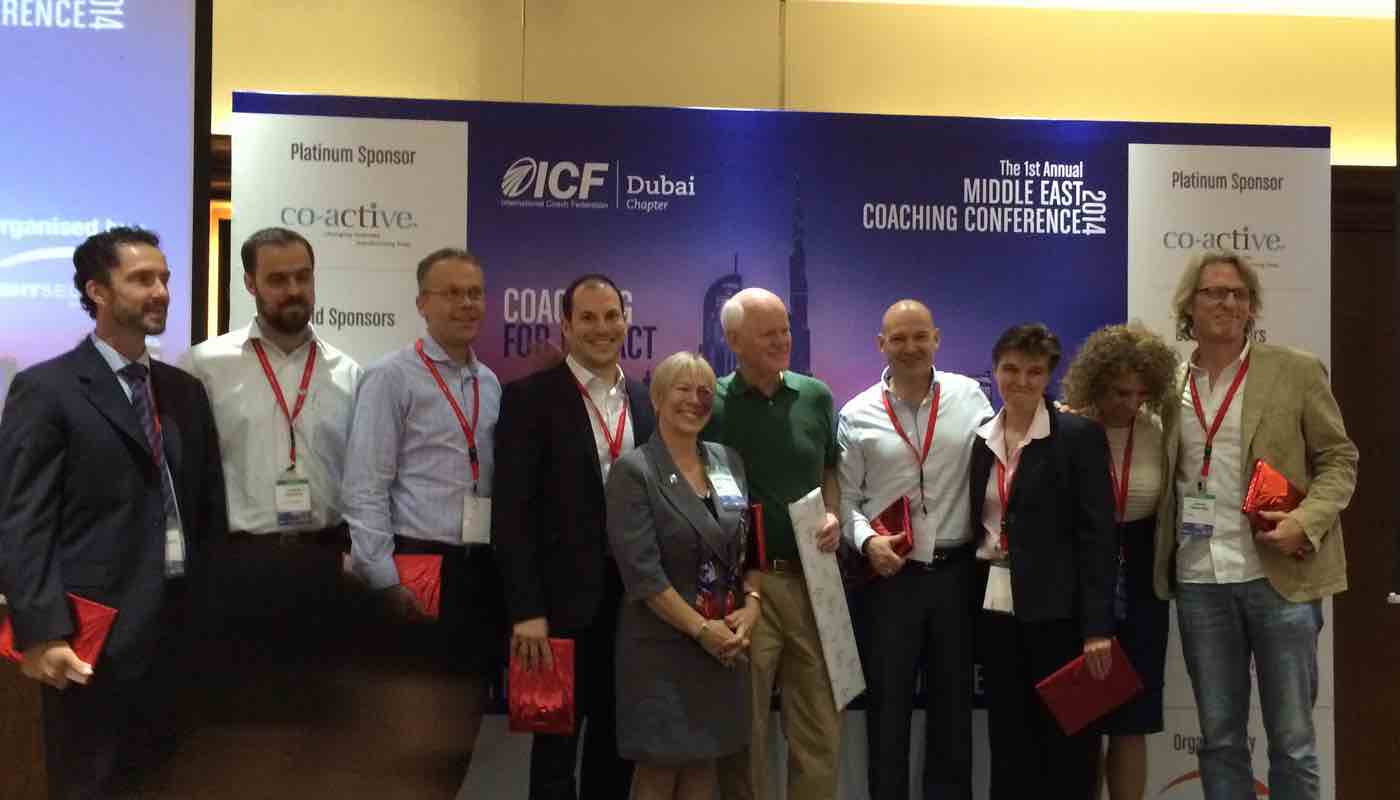 My mind is spinning a bit, and I need to get some thoughts on the page. Speaking at the first ICF life coaching conference in the Middle East has been one of the most transformational experiences I’ve had in the past two years.

I’ll break down the magic.

A) Dubai. Literally on the other side of the planet, operating with its own set of rules, much like Manhattan in New York with a population that’s diverse, ambitious, and driven. I’m impressed with the culture of productivity and connectivity here in the Middle East.

B) Marshall Goldsmith. I had the opportunity to hangout with Marshall in the evenings as the conference wound down. The first night I met him he put me through a crazy meat grinder with his coaching and I love him for it. Wow. He can coach, and he challenged me in a way that I haven’t been challenged since going through leadership with CTI.

C) Rawan Albina, Banan Hadidi, Carolyn Coe, and Kelly Vader. It’s been my honor to be a life coach trainer for them, and they are all living in Dubai. Indeed Rawan was in my first ever life coach training course. She’s rocking it. It’s so good, so fulfilling to see the work that I’m doing come to fruition on the otherside of the planet. And there’s more work to do.

D) Dr. Tobias Kiefer. Wow. I love the way Germans think. My thesis advisor at Brown was Swiss German. Tobias laid out both the Neuroscience behind behavior as well as the method of life coaching that has the biggest impact on that behavior. (He also had a slick prezi slideshow.) All of this is what I’d expect from someone who was a consultant at Earnst & Young. He’s inspired me to bring biofeedback into the Academic Life Coaching program. ALC 2.0 is further along because of his work.

E) Nic Woodthroup-Wright. He’s the president of the ICF chapter in Dubai, and an executive and leadership coach here in the region. I’ve been incredibly impressed with his generosity and passion about helping move forward the structure of life coaching the region.

F) Gautam Ganglani of Right Selection. He and his team put together an amazing conference. I was so impressed by his professionalism and how much he cares about people. I really can’t recommend him highly enough. And when he spoke, just briefly about his past and passion for this kind of work, I was even more impressed with how much he cares about these ideas and putting together these kinds of experiences.

I am walking away from this experience so inspired with new connections and learning to take what I do to that next level.

To Hustle Through or Explore Tangents

Beyond the Surface: Speaking at the first Middle East ICF Conference